After a month of being stationary after such a hectic few days to get to Spain it was a little weird packing up and loading the car again.  We planned to head west as we didn't get the chance to last time.  So we headed towards Gibraltar and found a campsite in the ACSI about an hours drive away from there,  which was nice as I was bored of driving as it was very windy.  Driving the van in the wind is not enjoyable... imagine driving a house through cement,  its worse than that. 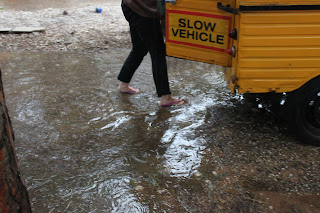 The campsite was a very big jump from La Garrofa.  There were camper vans the size of buses with massive  tow cars and caravans the size of a house.  We looked very very small when parked next to them.   We were just sitting down for some tea and then a nice guy came over to talk to us.  He had seen the car in La Garrofa and came to let us know that when it rained the pitch we were in tended to take on all the campsites water and flood, but only in major rain storms and not to worry as it hadn't rained since November when he arrived.  No need to move then if that was the case.  We said thank you and carried on with our evening.  Around 7/8 the next morning it decided to rain.  We woke up in around 5cm worth of rain water.  Now I hate putting the tent away when its wet... but this was just silly. 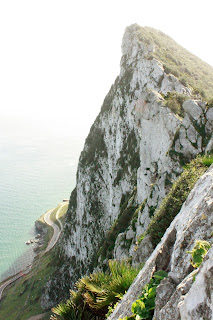 We arrived in Gibraltar at around 12.30 and headed straight for the cable cars to visit the top of the Cliffs.  There had been reports of very strong winds and so the cable cars had been closed for the weekend.  Just our luck.  For the first and probably last time ever we paid for a tour and took the journey up in a van.  We will probably never go back so we thought we may as well.

The best part was he wasn't even an actual guide.  It was just a taxi driver who knew the tour guide.  Even so he took us up told us a brief history of the place and took us to see all the usual sights. 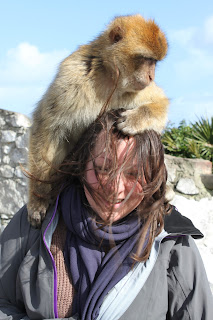 Vick specifically told the guy that she didn't want to hold a monkey as she doesn't like how unpredictable they are. We were just about to get in the van to go back down when one decided to jump on her head. She thinks it could smell the fear, or it wanted to mate with her, either way she wasn't very impressed. The weather report wasn't lying either.  It was VERY windy.  On some points of the island you could lean into the wind and you wouldn't fall over.  It was a shame the weather was so bad as it would have been nice to have taken in the full view.  It wasn't the same experience when the guide pointed at Africa and said ''its there... its just behind the clouds.''

I don't really like doing the normal tourism stuff when away but seeing as we were in the area we felt we should go into Gibraltar and see the main attraction.  We even visited Morrisons.  Which was a very odd experience.  Everyone speaking in English and using GBP doesn't fit when you can be in Spain within 5 minutes. It just didn't feel right, even so we still bought some pies and onion bhajis. 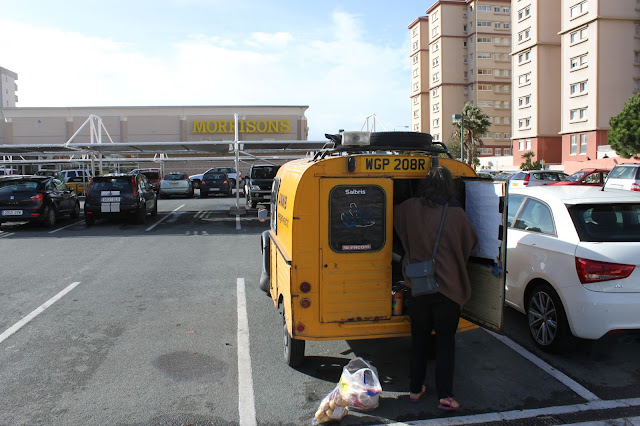 Because the weather was so bad we ditched our next plan and decided to head inland to a campsite about an hour North.  This was mainly so we didn't take a beating from the coastal winds.  However we still took a beating from the rain.  That night we went to bed in 5cm of rain again but at least it drained away overnight. 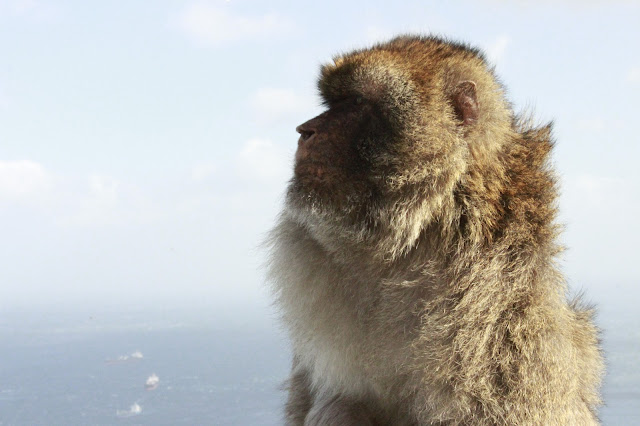