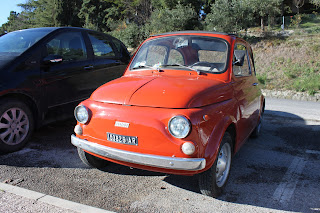 After the worst ferry crossing ever, Vick and I were feeling a little worse for wear and not really looking forward to a days driving across Italy.  The ferry arrived at 7am and we were off by around 8ish (we paid the cost for being first on the ferry.)  Its the earliest we had been up in a while so we decided to do a big days drive and cover a lot of Italy heading east.  With the usual fight to get out of the port and onto some form of main road we were on our way... for about half an hour.  The car wasn't happy, it was spitting and gurgling and just didn't sound good. After 10 minutes with the hills approaching I decided I should probably take a look at the car.  My technical conclusion was that the ferry has shaken the fuel tank around which had then dragged crap through to the carburettor.  Really I didn't have a clue what the problem was but it kept Vick's mind at ease.  Fixing a car half way up a freezing cold hill after a very bad nights sleep wasn't my idea of fun but it had to be done.  After a quick clean it seemed to be running again so we were back in the car and on our way again. 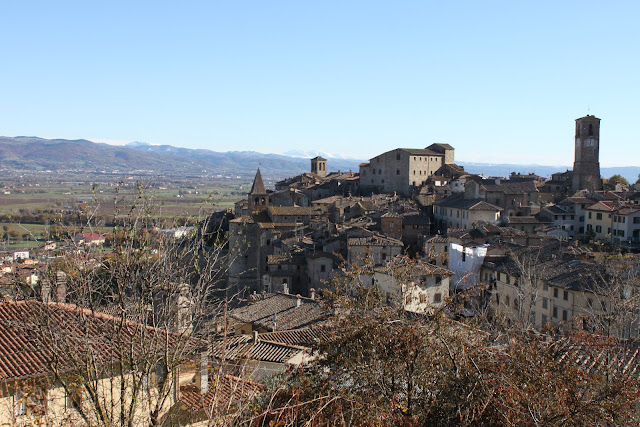 We had only done half an hours driving and it felt like 4 in the afternoon.  It was actually 8.30am and we had another 4 and a half hours to go.  However we couldn't have been driving on a better day, the weather was beautiful and sunny and not a cloud in sight which was great after a week of thunder storms in Croatia. 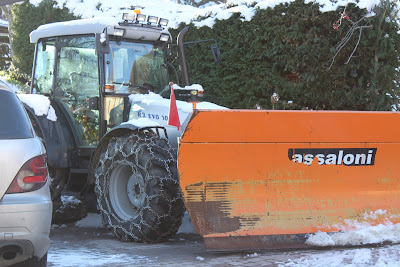 Our destination was about half an hours drive north of Florence and that was pretty much all we knew.  It was the only campsite that we knew was open and half way into Italy.  Sticking to our no motorway rule we ended up going up and down some of the windiest roads ever. Yes motorway would've been quicker, but not only did we save ourselves money paying tolls, we also had the most amazing views.
After the beautiful days drive we were 15 minutes away from the camp site, I was very tired and no fun so couldn't wait to get there.  We then started to climb yet another snaking road but this one was very high and the roads started to become covered in snow and ice.  Oh joy, another freezing cold campsite in the snow.  The campsite owner thought we were mental asking him for somewhere to pitch the tent.  We probably were mental as this was the first place that I have been VERY cold.  I nearly even had to put some trousers on!  We originally had planned to stay there for three nights but with the threat of more snow, no food and not a shop within 10+ miles we decided to move on the next day to find some better weather. 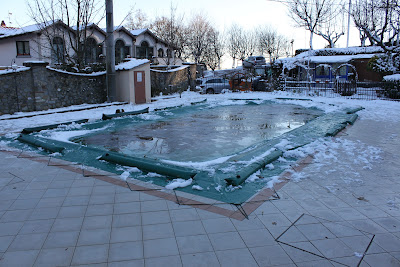 The next day we wanted to move east again and head to the coast as we had been kindly been offered a real bed near La Spezia.  We thought we could do the same as the day before and be on the road for at least 9.  We woke up at 12 and for a nice change instead of snow and ice it was raining very hard.  There's nothing better than packing a tent away in the freezing cold rain.
With rubbish weather and still feeling very tired we decided to hit the motorway and arrive somewhere early so we could dry stuff.

We headed for a another campsite that we knew was open as it was in our ACSI book and open all year round.  However this was no the case.  Arriving at the campsite the receptionist told me that they were closed as a precautionary measure until March due to the campsite flooding the year before.  Bit of a nightmare.  Luckily she gave us another campsite that was open in the next town.  We had to pay full price for a campsite! But even then it wasn't too expensive.

Italy has been a bit of a mission for finding campsites open in winter.  The reason being that there are none. 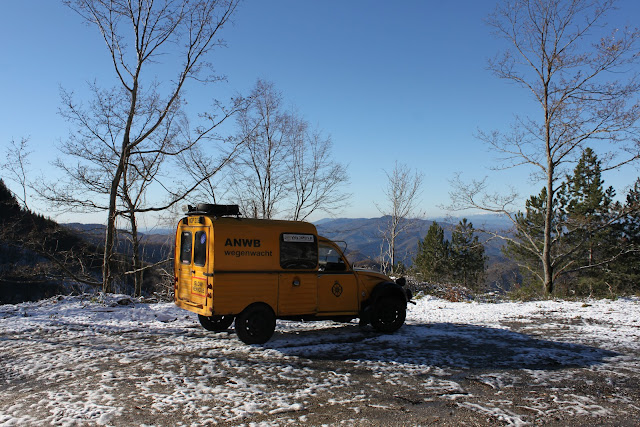