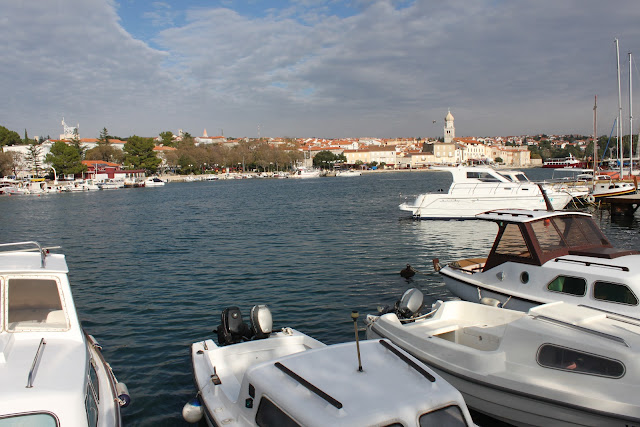 We made a couple of errors with Krk, number 1 we didn't realise how far onto the island it was.  For some reason I thought it was a quick 10 minute drive into the centre of the island.  It was actually about a 40 minute drive to the other side and onto the coast (thoroughly researched) and number 2 Krk is a bit of a ghost town when its not peak season.  There was the odd cafe open but that is about it.  All of its quaint narrow alleyways which I'm sure are bustling with holiday goers and locals in the summer were dead and locked up.  All the campsites in the area are closed except one, which led us to believe there would be the odd camper van doing the same thing as us and running to the sun but it turns out no one did. 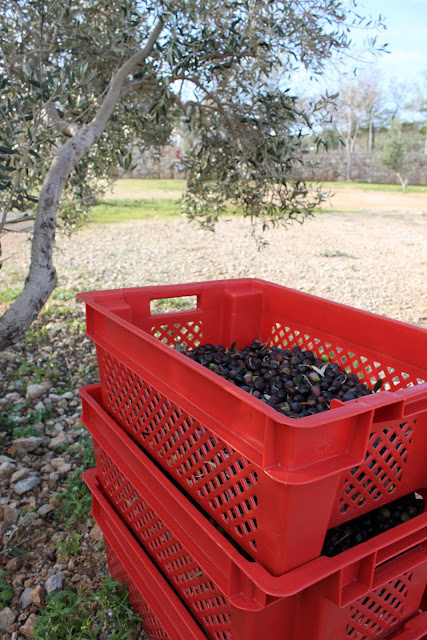 All of the toilets in Croatia are the same as everywhere we have been recently, closed when not in peak season.  However rather than telling us this on arrival or locking the doors most campsites just seem to fill them with crap so you can't get in them.  It seems to work so I can't complain.

The last day in Krk we we're sat outside having lunch in the sun when a random 'Hello?' called out from the front of the van.  Someone did have the same idea as us.  Finally we weren't alone.  Svein had just come into his retirement so had some spending money.  He couldn't take anymore Norwegian winters so decided to run to the sun, my kinda guy.  After a quick chat Svein went into town to have a coffee and we carried on with our afternoon.  Around 5/6 that evening we were about to start cooking some tea when Svein came back to the van after leaving town and asked us if we would like to join him for a drink in his caravan.  5 hours later we left his caravan.  The drink of choice was the Norwegian drink Linie Aquavit.  41.5% and the whole bottle went.  Svein's catering for the non drinkers was energy drink.  A litre of the stuff.  I was awake most of the night.  A very enjoyable night though with lots of stories shared. 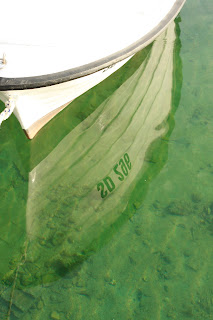 The next day we planned to move onto Plantaze which on the map was down the road.  No need to pack away during the night and no need for an early departure.  We left at around 12 saying bye to Svein before we left and hit the road.  When we left we looked at the trip duration... 4 hours.  Again another thoroughly researched part of the trip, we hadn't thought about the coastal roads being hilly and coastal roads aren't known for being straight.  I don't think we could have chosen a better road to drive on for 4 hours.  The drive was great, every turn revealed even better views of the coast and hills.  It was nice driving with some views and not dense fog.

At about 4.30pm we arrived in Plantaze our latest arrival at a campsite since Krakow.  We were camped on the sea.  I want to say that it topped off the nice days drive a treat but that sounds really lame. So have a picture instead. 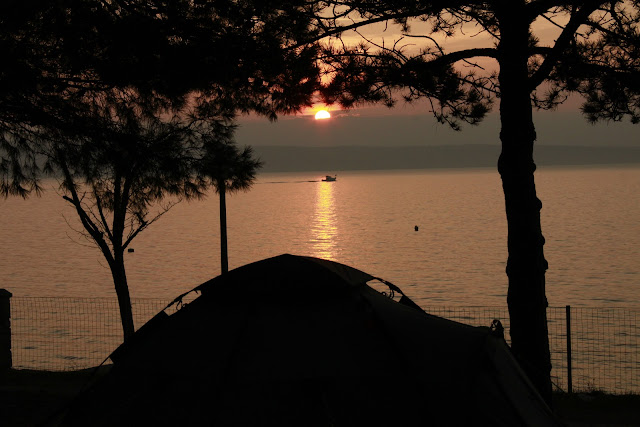