We travelled the least distance ever after leaving camping Smok in Krakow.  A whole 5km.  We arrived in the city around 11.  Having driven into the main square and got lost a little we eventually found a parking space close to where I thought our friends were staying.  Turns out I parked near the head office of the place and not the actual apartment.  We were only a few minutes away though so close enough to walk over and meet them.
We arrived at the apartment to meet Stuart, Amy, Dave, Emma, Chris and Harriet who were all very tired from a 6am flight.  The apartment was massive.  4 huge bedrooms, a massive living room and kitchen and... a bath!
We had planned to stop the first night in another campsite but with the offer of the spare bed in one of the rooms we jumped at the chance.  We hadn't spent the night in a bed for about a month and a half.

Staying in the apartment left us with one issue though... where to put the car?  We needed a secure and cheap place to leave it for 5 nights.  Luckily the company who dropped our friends off knew of a good place only 15 minutes down the road.

If you ever do plan to go travelling and meet up with friends make sure you go with the knowledge that you are going to overspend.  You quickly slip back into old habits and it turns into more of a spending holiday than you're used to.  But that said, we wouldn't have changed a thing.

The first night we went out for a few drinks and then returned back to the apartment for a meal which Dave cooked for us.  Everyone except Vick, Chris and myself went to bed due to being very tired.  I stayed at the apartment while Chris and Vick went out for a few more drinks and to explore.  Ever the charmer Chris ended up taking Vick to a strip club. 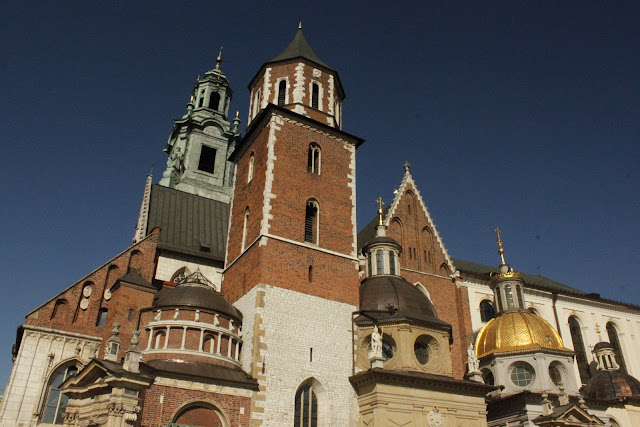 The next day we ventured into the city, having no real idea of what to expect except the main square that we had briefly passed through the previous day.  We did the usual walk around to get a feel for the place like we usually do.  Except this time there was 8 of us.  We visited the Cathedral but unfortunately we couldn't visit inside as there was something going on.   For lunch we had the pierogi with a choice of 3 fillings: meat, cheese or cabbage and mushroom.  I asked for meat, and I received cheese.  They were still good though. 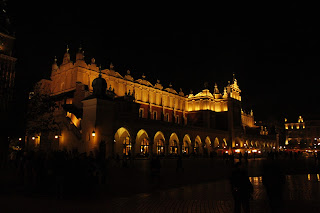 We then headed back into the square to take part in one of the free walking tours.  Now a lot of you may think I'm an idiot writing this part but I may as well be honest with you.  I got bored very quickly.  The tour started at 3 and finished at 6.  3 hours was a lot of walking and a lot of listening.  The plus side of the free tour was that we saw a lot more of Krakow than I think we would have done without the tour, especially Kazimierz, the Jewish quarter, which is now a lively bohemian district of Krakow in both the night and day. 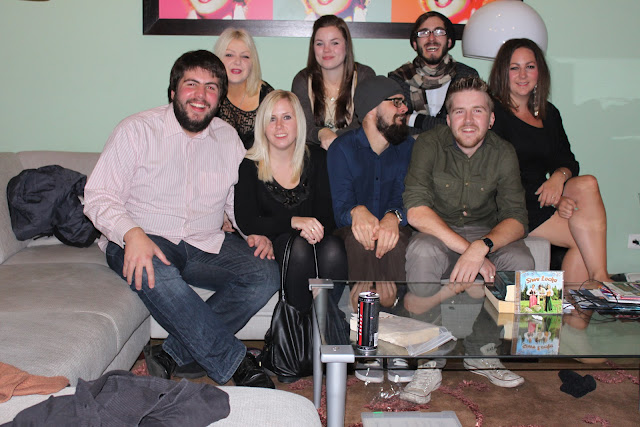 On Saturday both Vick and I had nothing planned, everyone else had planned to visit a shooting range.  As it wasn't Amy's thing she decided to pull out and stay at the apartment with Vick.  I decided to go along for the ride and to take some photos for everyone as I wasn't going to shoot. 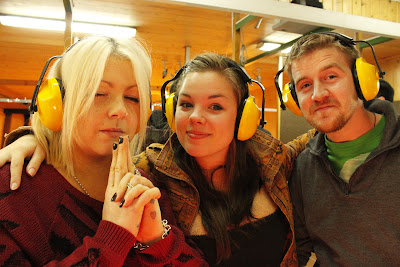 On arrival it felt a little like a horror movie.  We were driven into the middle of nowhere into an industrial estate where the driver got out and leaned back in and said ''wait here'' so we did.  Our minds started to wander and our imaginations got the better of us.  Turns out we were just waiting for another group to finish.  After a half arsed safety talk the guys started shooting.  The first guns (Glock 17, S&W Combat Revolver) were shot by all 5 people, then the organiser said ''OK do you want your go now?'' although everyone had paid up for 5 people the organiser had included me in the count.  I got some free shooting.  Result.  We then went on to shoot the AK47 Kalashnikov and the IMPERATOR Shotgun.  Even though I wouldn't have paid for it (because I'm tight) it was amazing.  It's loud and you get to destroy bits of wall. 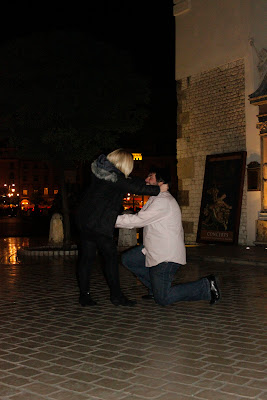 During the night we went out for a meal, when you're in such a big group it''s quite hard to find a place that everyone is happy with.  We eventually all agreed with a place in the square.  The food was ok but as expected a little expensive for what you get.  In a complete contrast to the days activities after the meal Stuart took Amy aside into the square and popped the question and asked her to marry him.  She said ''Are you serious....Yes.''

Seeing as it was so close we had planned to make a visit to the salt mines in Wieliczka where we were going to meet up with our friends from the apartment who were visiting after their morning trip to Auschwitz.  A lot of people had told us it's really worth the visit.  When the day came we didn't go.  At £30 each a visit we decided to be sensible and not make the trip.  We had spent way too much already and had to see it as another weeks living cost.  However we may return another day.


We left Krakow on Tuesday and planned to head to the Czech Republic border, about a 2 hour drive. We ended up driving for around 6 hours.  It seems all of Europe's campsites are closed from October.  It's understandable why as it has dropped in temperature quite considerably.  We are now having to plan our trip around what campsites are open which may mean stopping in places for longer than we usually do.