With no real campsites near Auschwitz we went straight from Katowice, camping 215. (GPS  N 50°14'37"  E 19°2'52") and at only £10 a night it was a really nice campsite with awesome showers.  It was next to a busy slip road though so don't expect a relaxing night. It's open all year round and only half an hour away from Oswiecim.

Our first stop was Auschwitz I (GPS N - 50.0266  E - 19.20363 ) On arrival a few people try to wave you into their car park. Obviously we chose the actual car park right outside of the museum.  A days parking cost us 8zl which was very reasonable and I even managed to get it a little cheaper by dropping some of the coins in the van.  The parking attendant let us off luckily.

Entry to the museum is free.  However if you arrive between 10.00 and 3.00 you have to pay for a tour guide.  Before or after these times you are free to walk around on your own.  The tour guides are every hour from 10.30 till 15.30 (In peak season they are every half an hour) We had just missed the 12.30 tour so we had to wait around for an hour.  We didn't notice until the last minute but there is a cinema right at the end of the entrance hall showing videos about Auschwitz.
Our tour started and straight away we were split into groups as the English tour was the only one running fully throughout the day. 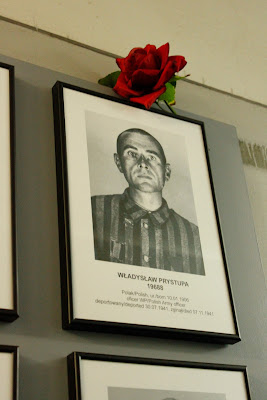 The museum is split up across the camp in the old buildings (blocks) where the prisoners where kept.  We were shown around 3 buildings with information about the three camps, how many people were sent there and where from, the life of a prisoner and the belongings they had. There were also photographs of some of the prisoners, with information about who they were, when they were imprisoned, and when they sadly passed away.  Many didn't survive longer than 3 months due to the lack of food and over working.  The block housing the belongings was definitely the part that will stay with us for a long time.  When leaving for Auschwitz people were told to bring as little as they could (baggage allowance) Many bought along their prized possessions, not knowing what they were about to face.  This building contained less than 1% of the overall amount of belongings that were in Canada (the sorting warehouse for all prisoners possessions) The room of women's hair was overwhelming, and the display cabinets filled with babies clothes was heartbreaking. It was hard to digest what we were seeing, and there are no words that can describe it.

After an hour and a half at Auschwitz I we then caught the shuttle bus to Auschwitz II Birkenau which in comparison to Auschwitz I is massive.  When we got off the bus we walked the way that the doomed prisoners would have walked after selection, not knowing that they were marching to their deaths. 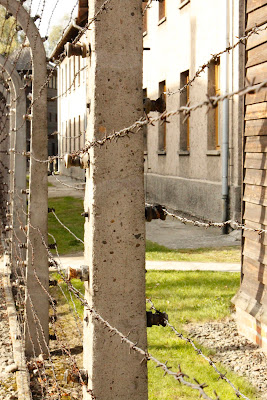 It would have been good to walk around on our own as you can do things at your own pace, but without a guide you do miss out on certain things that you wouldn't find out on your own.  For example our guide told us a story of 2 prisoners that escaped Birkenau.  One was a Jewish girl and the other a Polish boy who met in the camp and fell in love. The boy managed to steal a SS uniform and smuggled the girl out as a prisoner. The girl went into hiding with various families in the area, and the boy decided to fight with the rebels and eventually were split up.  They couldn't find each other afterwards, and just presumed the other one hadn't made it.  They both went on to marry separately, and it was 39 years later (and i can't remember the exact story) but one found out the other was still alive and did everything they possibly could to get in contact with the other.  They were eventually reunited, and the gentleman met the woman at the train station, with 39 roses, one for every year that they had been apart.  From then on they visited Auschwitz together every year.  Both are now sadly passed away, the gentleman only last year. 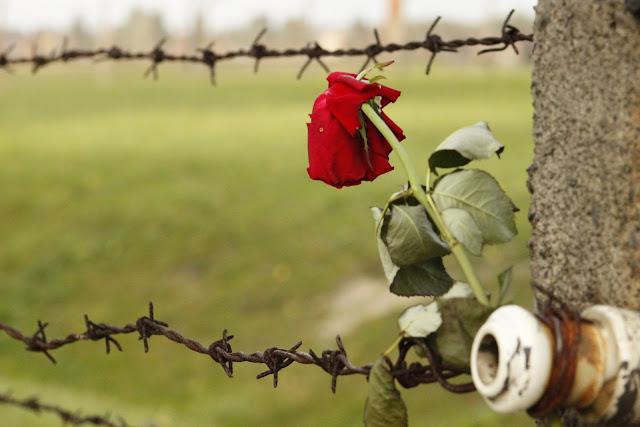 We eventually left Oswiecim at around 5.  With only a small drive down the road we arrived at camping Smok (GPS N 50o 02' 47'' E 19o 52' 52'') where we met up with Ellie and Adrian.  It seems we have to drive out of the UK to talk to people we never really properly talk to in he UK.   Again Ellie and Adrian are both 2cv friends.  We knew them in a field and we could say hello and have a small chat.  It was really nice to spend another 2 evenings and listen about their time on the road and find out a little bit more about them.  It makes our time out on the road look novice compared to theirs.  They have been on the road for 17+ months now visiting countries from France to Albania, all in a Volkswagen T25 Westfalia high top camper.  Ellie also makes a killer curry which she very kindly made on the Tuesday evening when we arrived (Ellie, Adrian we owe you one curry. Thank you.) 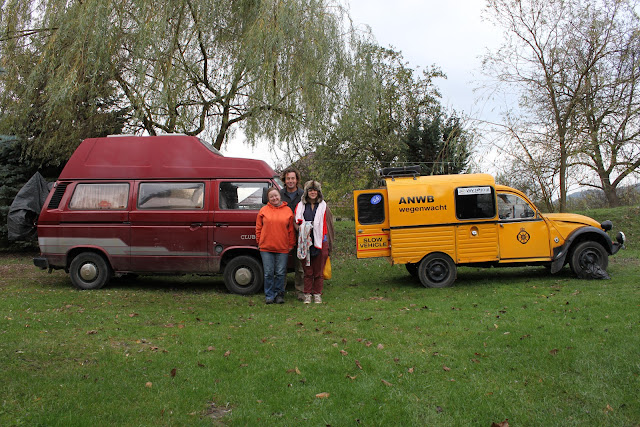