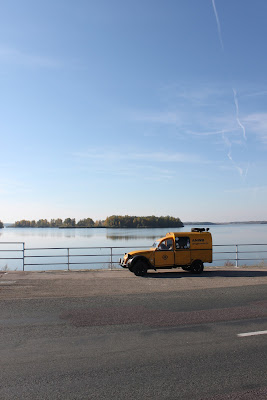 We planned to stay in the Czech Republic for another 3 days mainly because it felt like a shame to spend so little time in such a nice country.  After checking websites for open campsites in the area we found one only an hour away.  A nice and easy day after the long drive from Krakow.  However the campsite had other plans.  According to their website they were open until the 30th October,  but decided to close 10 days early due to cold weather.  She thought we were mental turning up to camp in a tent.

We had two choices - there were a few campsites in the area but miles around the mahoosive lake, and we couldn't guarantee that they would be open.

In the end we decided to cut out 3 days of our plan and head for Vienna in Austria.  Saturday was Vick's birthday so we headed into the capital for a day out.  If your ever heading into Vienna on a tight budget like us, expect a day of walking around shops and restaurants saying ''ooo that looks nice'' and doing nothing about it.  We did feel a little underdressed walking around.  I felt like a needed a cardigan, some Raybans and a little yappy dog to really look the part. 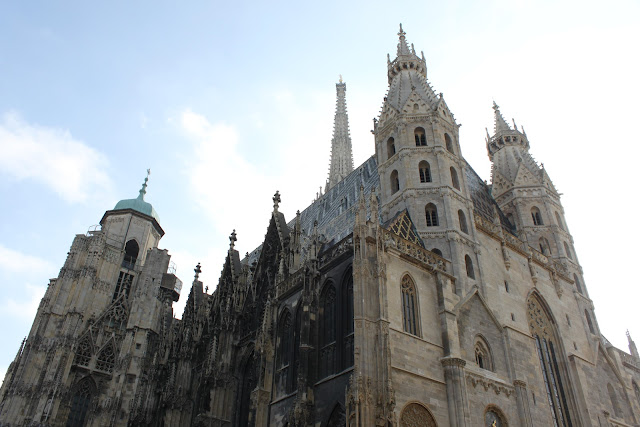 As it was Vicks birthday, ever the gent, I decided to treat her to a meal.  A takeaway pizza in the back of the van.  Probably the best pizza in the world.  We decided we should have something we couldn't make whilst camping.  Due to the shortage of ovens in the tent we decided on pizza. 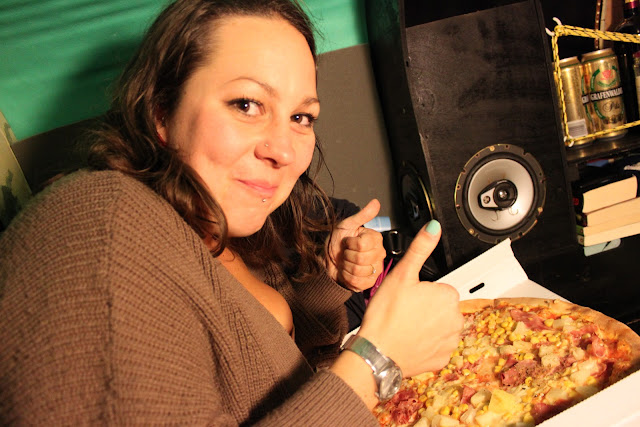