After an extra day in El Rocio we had to press on and head north towards Caceres.  The night before we left we checked the route on the Sat Nav to which is said 3 hours.  Now I no to never trust the Sat nav so we always add an extra hour to the journey.  For some reason we were very slow at packing away so after saying bye to Luke and Karen we eventually left at 12.  We should have left a lot earlier as the journey took us around 5 hours as the Sat Nav forgot to mention the massive dragging hills all the way.  The weather also took a turn for the worse as the heavens opened and rained for the rest of the night. 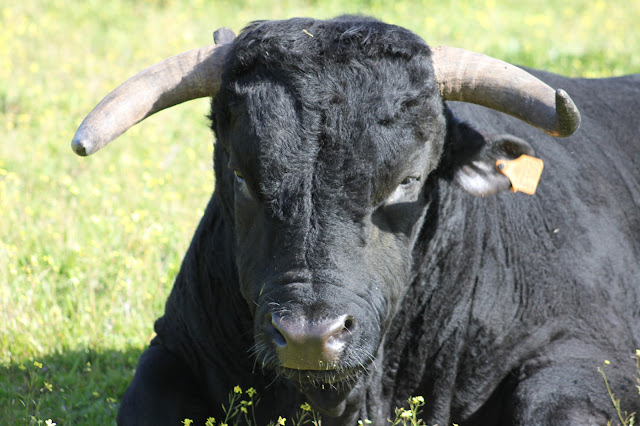 One of the only reasons we went to Cacares was to check out the campsite.  After a lot of people telling us about it we decided we should check it out.  It was for no other reason than each pitch had its own toilet and shower, little things ay?  It was a waste of time.  It wasn't the place I thought it was in mum and dads photos and the private toilet and shower was rubbish.  It probably didn't help the fact that it was freezing but getting into the shower in a cold shed isn't very nice.  It was probably very nice in the summer but its definitely not been built for the winter.  Even so it was nice not having to walk across a campsite for a wee in the night. 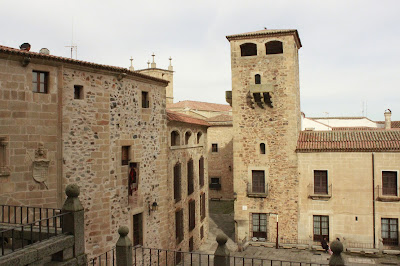 The next day we decided to pop into Cacares to check out the old town.  Due to not being handed the bus routes we decided to drive in and park in the centre of town.  For once we turned up early so a lot of stuff was still open so we looked around shops for a change instead of looking through shop windows.  We ventured into the old town and had a look around.  We should have spent more time in there but we decided to go back to the campsite and have a drink.

That night Luke and Karen arrived so after their neighbours had bored them with satellite chat (a thing we are safe from) we popped over for some drinks and chats, and arranged a BBQ for around 3ish the next day. 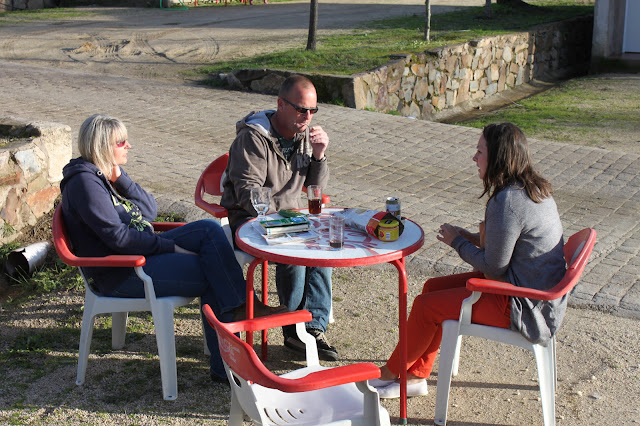 Cut to the next day, 3 o clock rolls round and we head over, pork steaks and beer under arm. We didn't want to eat anything beforehand as it was like a late Lunch (a typical Spanish lunch really) so we sat down for a drink and a chat before the cooking started. Well, a few beers  and swapped stories later and we realise its 7 o clock, its now dark and we haven't even lit the BBQ. Ooops!

Luke and Karen were supposed to be staying the next night at the campsite but after their toilet flooding they decided to leave the same day that we left. For once we got up early and left before 10! A record for us when we are on our own. So we said our goodbyes and headed on our way towards Aranjuez to meet up with Mum and Dad.
Email ThisBlogThis!Share to TwitterShare to FacebookShare to Pinterest
Newer Post Older Post Home