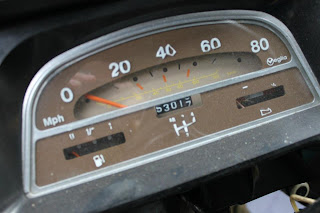 If you would like to cast your minds back to the 8th April 2012.

Our mileage is 53017 we are at our friends in Hertford waiting for our 4.00am ferry from Dover to Dunkerque.  I chose the early crossing because we saved 2 pounds... Never again.

I expected the crossing to be empty.  I couldn't have been more wrong, it was rammed with family's as it was the beginning of the Easter holidays.

Our first stop after the ferry was Brugge.  Mainly because we had the worst map in the world and Brugge was the nearest biggest place. 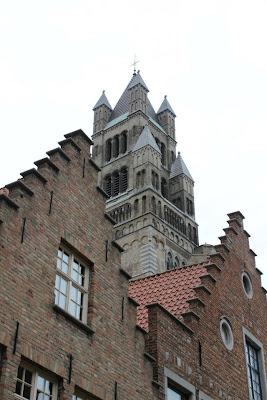 Vick had never been to Brugge so we did the touristy walk around looking at all the hotspots etc.  We're trying to last as long as possible on what money we have so we aren't going into a lot of the tourist traps and we tried our hardest to not eat out.  In the whole three months we ate out 3 times in total.  A good effort I think considering we never cook when we normally camp.

Our original plan when we left was to head to Kiev in Ukraine.  We eventually ended up going to Spain.  The complete opposite way.  It kind of sounds the same I guess.  I think it was the best decision.  As a whole I don't think we we're ready to be thrown in at the deep end.  We have been to Czech Republic and Poland before but never on our own.

For some reason I always need a target to head for I am not sure why really as we don't really need one.   Our new final destination was Almeria in the South of Spain.
New destination in our heads we headed off down France trying to avoid the pull of Paris on the roads.  After Brugge we headed to Charny,  stopping off one night in the worlds scariest camp site.  It was a municipal campsite in the middle of nowhere. We were tired. It was raining and getting dark.  I had made the decision I wasnt going anywhere else.

The campsite was completely empty so I approached the small building in the middle of the site and knocked on the door.  A man answered his door with his tea in hand.  I then asked him in my best french.... "Camping?"  He said no and pointed at another door with a phone number on a piece of paper.  Great I had to make a phone call to a french person.  Its not my specialty.  I rang the number and asked in my best french again "camping?" this conversation went on for a while and went nowhere.  She then put down the phone and I heard a car door shut,  The lady lived up the road so came to book us in.  We went to find our spot in the campsite and It looked like we had to spend the night in a scene from the Texas chainsaw massacre. 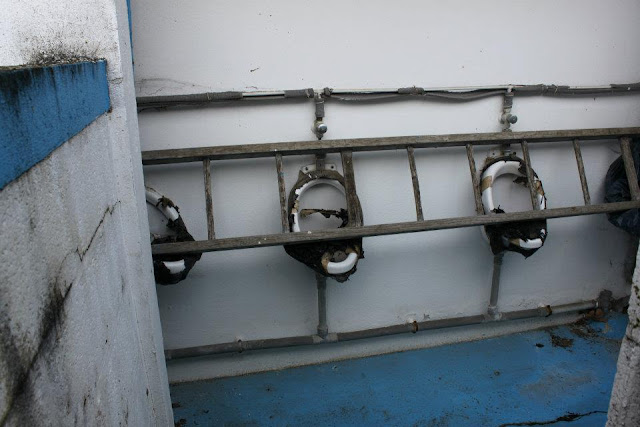 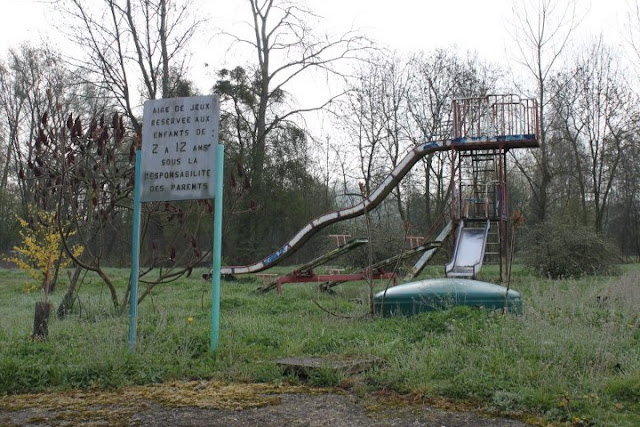 It rained all night, the church bell rang every hour making it more eery and the crow scarer made a bang every minute.  We made a very quick exit the next morning.

We found out that we had friends on the route we were heading on.  A week later we arrived at there house.  About half an hour from Montlucon is there house.  We camped the night before in the hills and it was very very cold.  We both slept in our clothes and hats. Even though we had only been away less than 2 weeks it was nice to see some different faces and speak to someone other than Vic.  She thought the same so it's not me being harsh.  After being treated like king and queen for two nights we moved on to the Dordogne region which in April/ May is very wet. 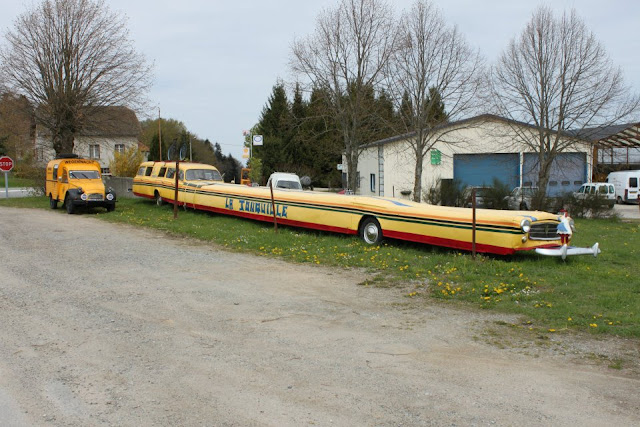 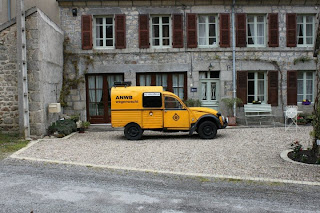 We leapfrogged through the Dordogne as the weather was terrible.  The ground in most sites was very boggy so we moved on most mornings.  We found it very hard when we first started to relax and take our time in places.  We visited Sarlat for the day which was very nice.  We were going to make a visit to the walnut museum but in the end decided we would regret it.  A walnut is a walnut surely? Just two weeks in and we we're stopping at another friends house.  Paul and Janice live in Chatenet near Bordeaux, whenever we visit the car always has a fault.  Which is a good job really as Paul has a lot of spare parts and the know how.  We had an issue with the front wheel.  The kingpin had been completely eaten away.  Luckily Paul had a spare. We stayed at Paul and Janices for 4 nights and then decided we should finally make the break for Spain... 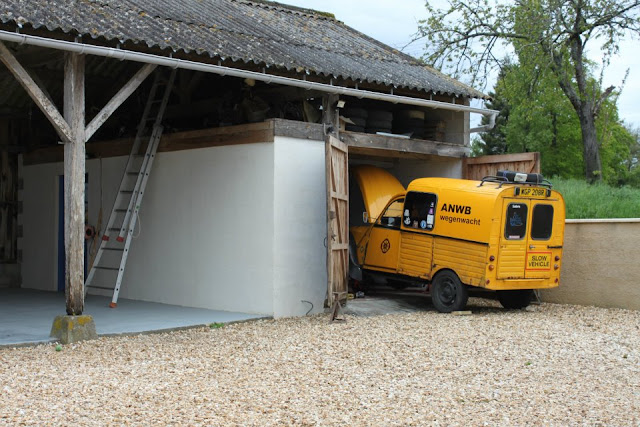