It's raining.  But I have finally sorted out a domain for this blog.

Currently cooped up in the back of the van trying to load Google which isn't playing ball (There are up and down sides to being at the back of the campsite.)  The toilets are for some reason with the bungalows and nowhere near the camping area.  Peeing in the bushes tonight.

We are now in Amsterdam for the next 7 nights until we move onto Amersfoort to the Dutch Citroen Van meeting (Not as geeky as it sounds.)

Since the last post we have visited Tongeren in Belgium to meet up with Vick's dad who was over with work.  Vick got very drunk as did everyone else there.  We were camped about 30km away from the town as there were no campsites nearby.   Tongeren is home to the Gallo Romeins Museum, voted the European museum of the year 2011 which upon arriving and blagging a €1 entry fee the nice man behind the desk told us we needed around an hour and a half to view the museum properly.  Vick and I polished the place off in 45 minutes.  However the museum was really good.  We were handed a booklet with detailed explanations of all the exhibits so we actually knew what stuff was. 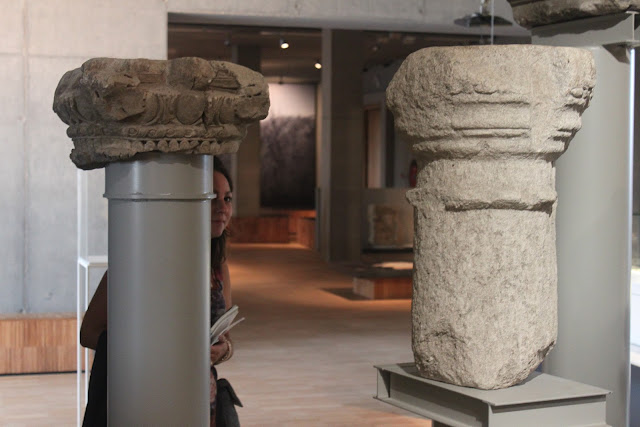 We may have over estimated how much time we had to work with also, we arranged to meet Vick's dad once he had finished work at 7.  We were ready at 5.  Everything had closed.  We went back to the car to make a cup of tea,  halfway through boiling we ran out of petrol in the stove.  We decided to scrap that idea and went for a walk around the outskirts of the town where the old roman wall used to surround.  Luckily Steve finished a little earlier so we met up and went to the Moustache bar across the road from his hotel.  It seems Steve is in here a lot he is affectionately known as 'Small Guy' by the owner and barman.  Vick would like me to add here that he is not an alcoholic. 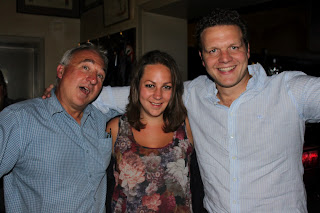 We had a few beers at the bar before moving on to 'the square' with Steve to have a meal.  Vick and Steve had the chicken Caesar salad and I had the steak.  After a hearty meal we headed back to the Moustache bar where we were joined by 4 of Steve's colleagues for more drinks.  When I say more I mean shit loads.   We stayed in the bar until 1.30 and even did a bit of dancing.  It was a very good night.  I am not sure how Steve managed to get up for work at 7 the next day and then drive back to the UK,  Vick managed to get up at 12 and that is all she did.  All day.

It seems September is the main time for road works in Holland and Belgium.  Every single road/ town is closed for maintenance, we have driven around in so many circles these past few days.

We are venturing into Amsterdam centre tomorrow so heading to bed now.