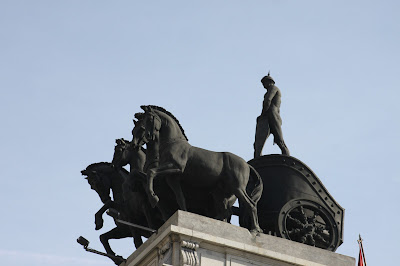 Sorry about the delay on the blog... I am only about 2 months behind...

One of our earliest set offs since we first left we left Caceres at around 10am and we arrived at the campsite just after half 2 after a long drive east to Aranjuez we arranged to meet up with my Mum and Dad again who arrived about 15 minutes later.  We had been to the campsite before, but last time it was June and the campsite was swarming with flies. It was so bad that we couldn't eat outside and the van was full of the bloody things.  It was horrible. This time it was fine though, although the flies seemed to have been replaced by cats. Dad's favourite. 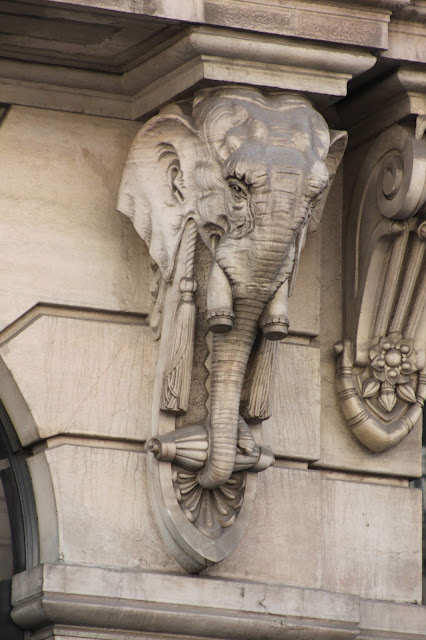 We planned to go into Madrid the following day so all got an early night.

Bright and early the next morning we set off for the train station, situated behind the palace, about a 25 minute walk through Aranjuez from the campsite.  The train cost around €6 (not 100% on the actual price) for a return right into the centre.  For the rest of travelling we walked around the city as I feel you miss out on a lot if you get the underground.

Last time we went to Madrid we went on a Wednesday and stumbled upon a place called Cervecería 100 Montaditos, which can only be described as a kind of fast food tapas sandwich bar. 100 Montaditos means 100 sandwiches and on a Wednesday all sandwiches and drinks are 1 euro. This time we went in on a Thursday so knew that we would miss out on "euromania" but decided to go there again anyway.
We were walking round with Mum and Dad when dad spots a window that he wants to go and look in. Lo and behold its only bloody 100 Montaditos! So we went in.  Its not the same one we went to last time, and Vick and I didn't really realise that there would be more than one!  The sandwiches were full price again (They ranged from 1 euro to 2 euros for the premium range, so still very cheap) Turns out on a Thursday all beers are 1 euro, whatever the size so we got lucky with that one (by we I mean Dad and Vick.)  If you ever get the chance I would give it a try... it's a little bit confusing the first time but for a quick snack its well worth it.
We walked round for most of the day, stopping at pretty much every 100 Montaditos we found. 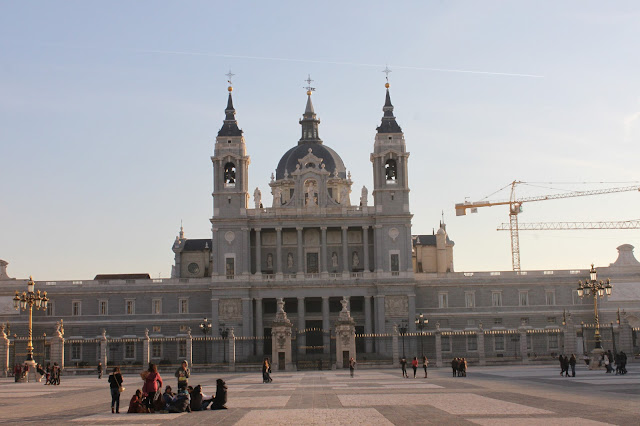 Apart from eating in Madrid we just walked around the city.  Just street walking in the city is a great atmosphere as there always seems to be something going on.   We did pop into one shoe shop which featured some of the most varied shoes ever, I will be getting some of these bad boys for the wedding I think. 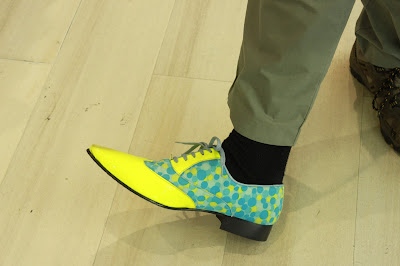 On the Thursday (and I think Wednesday) the Palace is free to EU citizens, the house itself wasn't very interesting for me but the armories were definitely worth the visit, unfortunately we couldn't take any photos but the display they have there is great.
Email ThisBlogThis!Share to TwitterShare to FacebookShare to Pinterest
Newer Post Older Post Home