I've decided to do a separate post on this special special place, it will stay with me forever will Benidorm.

It probably didn't help the fact that I had food poisoning when we left Olivia to go to Benidorm.   When we arrived I couldn't believe how over developed the place is. Driving through it would probably be OK.  But I was told you had too stop and actually walk around the place to experience it properly.

We arrived at the campsite to find out we were the only tent and the only people stopping for 2 nights.  Most people on site looked like they were set up for the month.  Some forever. 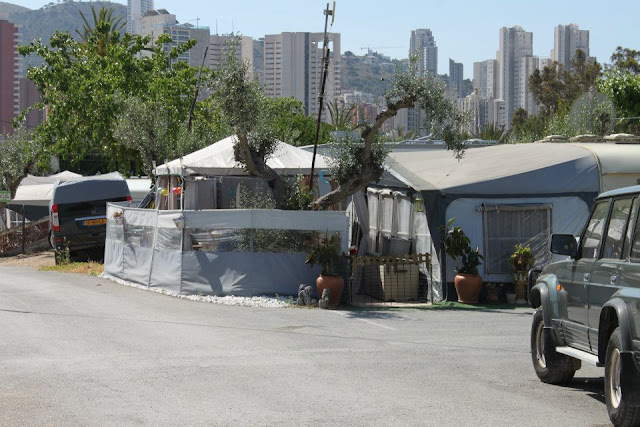 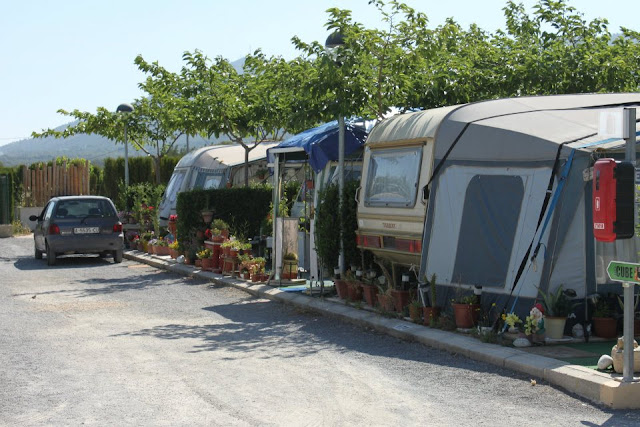 Due to feeling so terrible on our arrival I decided to act all sorry for myself and lie under the car in the shade.  Meanwhile we could hear down at the bar that it was bingo night.  It's a shame we couldn't make it... instead I decided it would be more fun to have a shower and puke my guts up. 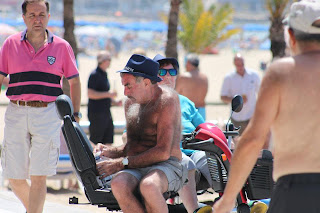 The next morning I was still a little fragile but decided we should venture out into Benidorm within minutes of leaving the site we saw our first mobility scooter.  We had arrived.  It was exactly the same as the TV series.  Golden oldies in mobility scooters, John Smiths and Burnt Brits everywhere.
One thing I couldn't understand is how many Dutch people were visiting I wouldn't have thought the lure of a fry up and a pint would appeal. 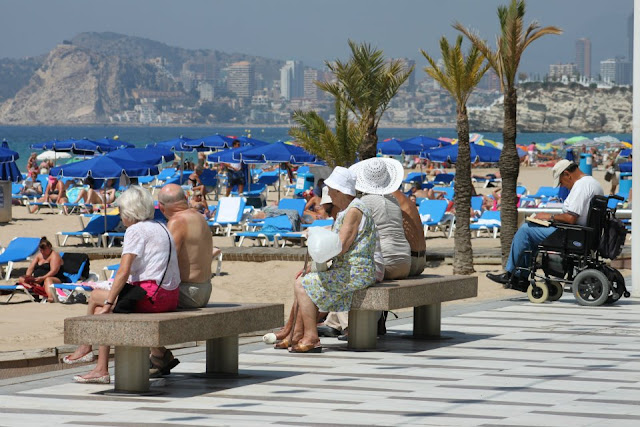 After venturing around for the day we made our way back.  It was quiz night.  Again it was a shame we missed it.... but we could hear it from where we were camped.

Come to think of it I wish we had entered.  We would have smashed it.  With the Channel 4 news and then Eastenders at 7 on in the background of the campers and bar we decided to move onto somewhere else other than Benidorm.  We had seen it and ticked it off the list.  I don't think we're going to go back. 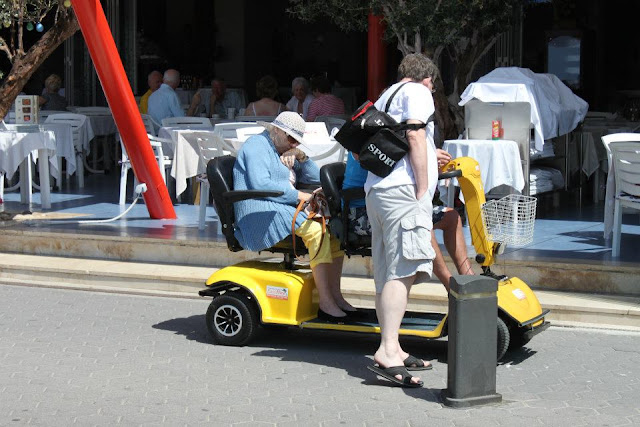 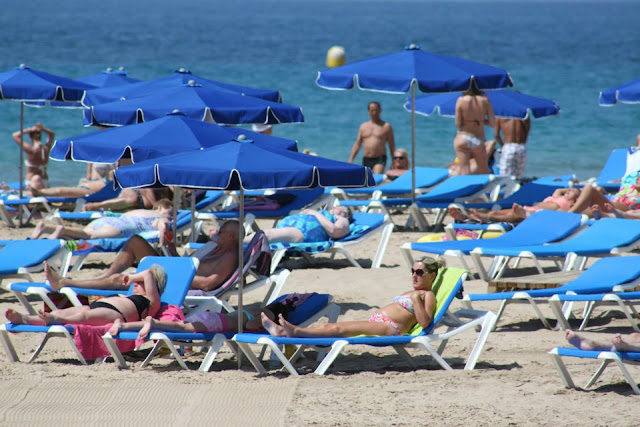